WORLDS TO BE CONTINUED. ANALYSING POSSIBILITIES OF SERIAL NARRATIVITY 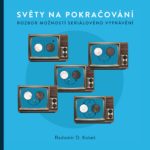 The book Worlds To Be Continued. Analysing Possibilities of Serial Narrativity is built upon the assumption that fictional stories presented as serials have been a longstanding part of nearly everyday experience with narrative arts; capitalizing on the case of TV shows, it presents the intellectual framework, research background and analytical tools to effectively describe, explore and explain serial fiction.

The approach is theoretically grounded in serial fiction poetics, which aims to (1) present a systemic explanation of serial fiction, (2) capture a variability of artistic possibilities of serial narrative and, (3) offer tools for the analysis of actual serial works.

The original concept of seriality serves as foundation for the first and second aims; it remains as mere background for analytical hypotheses with regard to the third aim. Serial fiction poetics, as presented here, assumes the presence of a space-time continuum, which is created by the work through interaction with its audience. This is process is termed a fictional macroworld: narrated stories take place within its conditions and settings. Each episode of a serial constitutes an episodic world; seriality denotes a relationship between the state of affairs in a macroworld at the end of a current episode and the state of affairs in the macroworld at the end of the previous one. Depending on the intensity of connectedness between these two states and the relations of fictional characters to them, the book presents a typology of seriality, which serves as a functional and heuristic categorization, yet not as a substantive one. 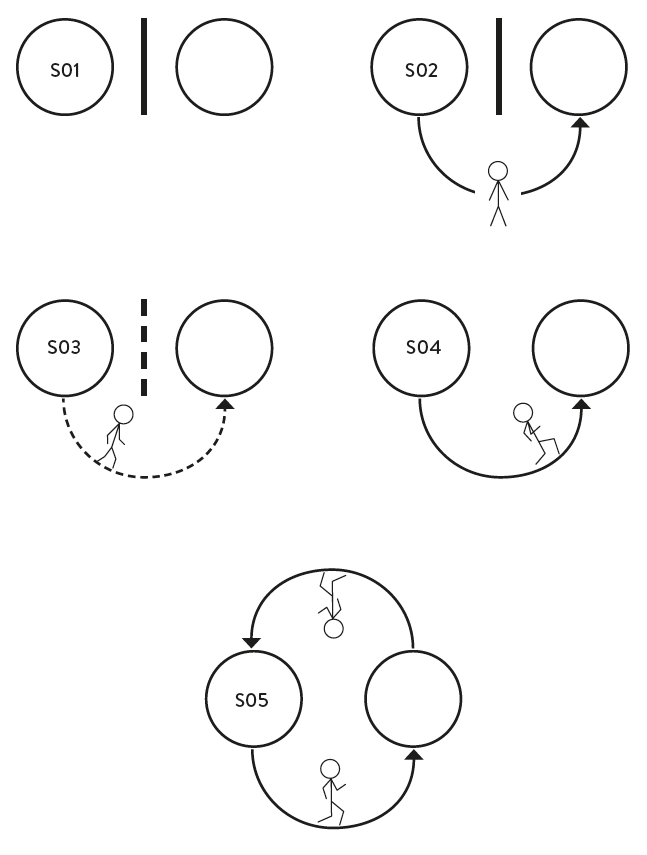 Worlds To Be Continued is divided into three parts, which are all based on analyses of a sample of roughly four hundred television serials from various countries and times.

1. SERIALITY AS A SYSTEM

The first part of the book gives a systemic explanation of seriality, using the five types top-down, and in these contexts, it describes ways of mediating information (a narrative outline) and issues of identifying fictional entities across episodes (a fictional macroworld arrangement). Both aspects turned out to be functionally related, and they expose a logic of an inner composition of seriality as a specific kind of fictional representation. The first part stands for a theoretical-descriptive dimension of the serial fiction poetics. It deals with relationships of seriality within a theoretical frame and, while considering its systemic transformations, it aims at a clarity of explanations.

2. SERIALITY AS A REGISTRY OF POSSIBILITIES

The second part of the book explores variable possibilities of serial narrative. It approaches the types of seriality from its material, bottom-up, as it explores preferred registries of artistic solutions both within the types of seriality and in the crime serial as a mode of fictional worldmaking. In these contexts, it studies (1) narrative process through an original question-based model of the analysis of a work, one which is not based on knowledge of a whole work, as in various other narratological concepts, because knowledge of this kind cannot be assumed in case of a serial work. The second part further focuses on (2) a fictional macroworld dynamics, which it explains through an original composite model, understanding a fictional macroworld as a dynamic interaction between various areas of a macroworld (microworlds and subworlds); this dynamics can be utilized to explain its happening. The second part of the book stands for a descriptive-analytical dimension of the serial fiction poetics. It deals with the art of seriality in a creative frame, explores registries of preferred artistic solutions, and aims at a productive depiction of a field of possibilities.

It was deemed necessary in the last, analytical part of the book to limit the range of types of seriality considered appropriate for research interest. Despite the descriptive potential of the typology, it represents a limiting set of categories for a dynamic analysis, disregarding the fact that one serial work often uses various types of seriality in a variety of patterns (e.g. Doctor Who, 1963-1988; The X Files, 1993-2016). What is specifically focused upon in the third part of the book are those tools which have so far constituted the basis for an analytical framework (narrative outline, fictional macroworld arrangement, question-based model of a narrative process, and composite model of macroworld dynamics) or its auxiliary categories (a cultural encyclopaedia, immersive spectatorship, and analytical spectatorship). The last two chapters attempt to offer the greatest possible degree of aesthetic sensitivity towards those works analysed and those explanations presented. An analysis of the serial 24 (2001-2010) explores tactics applied to achieve clarity and coherence within a very diverse system of narrative situates the work in the contexts of complex serials and those of action films of motion. The closing analysis of Mr. Bean (1989-1995) as a serial addresses the more general question of how can we systemically analyse the narrative and macroworld of serials that seemingly consist of a number of rather independent sketches. The third part of the book considers the analytical dimension of serial fiction poetics. It explores issues related to the explanatory potential of analyses of individual serial works within an aesthetic frame and aims at a maximum degree of adaptability in relation to the artistic uniqueness of these works.

The three parts of Worlds To Be Continued develop and transform, with respect to these three aims, which differ from each other but are also interrelated, only to answer the questions posed, in correspondence with the individual dimensions of serial fiction poetics, in ways that are at the same time systematic and aesthetically sensitive.